The target for today was simple – we needed to complete the walls on both houses so that work on the roof and ceiling can start first thing tomorrow.

After arriving at the site, we had our daily briefing which covers the plan for the day and any specific safety issues. Health and safety in Romania is not taken as seriously as it might be at home, but as a British team we are essentially operating under British law and insurance guidelines. That means safety notices, hazard tape, hard hats, steel capped boots and documented briefings. The Romanians seem to find all this very excessive, which some of it might be, but it does keep the insurance and therefore the cost of the houses down. The real challenge from a safety perspective comes from the large number of children who are very curious to have a look inside their new home.

The team split in two again with a slightly larger group on the first and more complicated house. Although we began the day more than halfway through the block laying process, the higher blocks take much longer to lay due to us having to work at height. There is also the need for specially cut blocks to fill the areas around the doors and windows. Nick took on the role of chief block cutter on the house I was working on, keeping a constant stock of blocks in various shapes and sizes so that we could quickly fill all the gaps. We also had a couple of local volunteers helping us with the building work. One of them, Olivio, had a house built by Grassroots three years ago, and he has come along to help the team on each build since.

Our lunch (vegetable soup followed by pork and rice) was prepared by another volunteer from the church. Unfortunately the soup had a meat stock but one of the Romanian volunteers (Silviu) is also vegetarian and decided to order a takeaway pizza for us both! By late afternoon all the walls were up in the smaller house and while team moved over to the larger house to help get that finished.

The final job of the day was to lay the wooden roof plate and joists on the smaller house so that it is ready for the ceiling to be constructed tomorrow. Everyone is really pleased with progress so far, though there is still a lot of work to do.

Unfortunately we had some bad news this evening – that Olivio’s 20 year old brother had died in a scooter accident earlier today. All our thoughts are with him and the family. 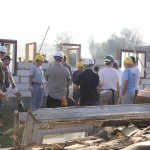 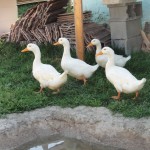 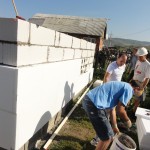 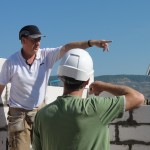 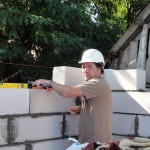 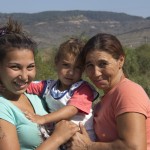 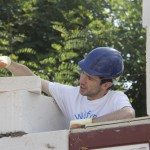 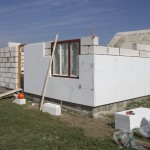 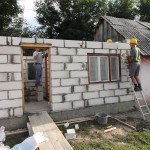 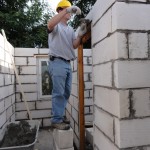 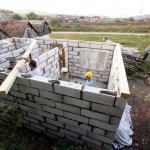 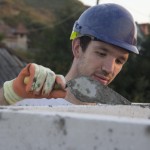 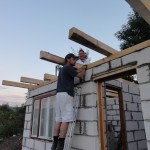 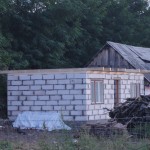 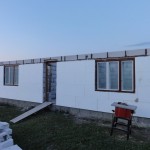 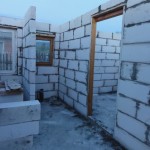 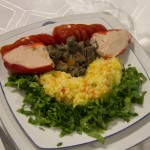