In the morning we jumped out of a plane at 12,000 feet above Lake Wanaka! Naturally we were both a little nervous about it, but it was definitely a highlight of our travels so far. On arrival at Wanaka Airport we filled in the necessary disclaimers, as well as music preferences for our souvenir DVD and then watched a brief video about the skydive. The waiting area had plenty of distractions including a pool table, table football, and a line of staff packing parachutes!

Once suited up, we met our tandem instructors and our camera flyers – there were a couple of options for getting photos and video, but we chose to have another skydiver jump with us to film everything. The propellor plane was tiny, with just enough room for 7 or 8 tandem pairs and the cameramen. As the plane climbed in a zigzag pattern above the airport, we had our first glimpse of the view we would have falling through the air at around 200 km/h. The view above Lake Wanaka is arguably one of the best in New Zealand, and the weather was perfect for the jump. After 10-15 minutes we reached 12,000 feet and just a few seconds later the door at the back of the plane was open, one of the cameramen had climbed onto the roof to get a good view, and Howard was hanging out of the side, firmly attached to one of the tandem instructors. Fortunately the instructor makes the decision to jump, so there isn’t much time to have second thoughts. Kate followed shortly afterwards, and before we knew it we were both flying through the air!

From 12,000 feet the freefall lasted for 45 seconds and, other than the initial (and very brief) falling sensation, was mostly windy and a little cold. Our parachutes opened at 5,000 feet and we glided safely back to the airport. We were both quite relieved to be back on the ground, but also enjoyed it enough to want to try it again one day!

We had lunch in Wanaka town centre, before wandering around the shops for a couple of hours in the afternoon. Wanaka also has a very nice cinema, Cinema Paradiso, known for its homemade ice cream, cookies and cakes. Having spent a second consecutive evening watching a film, this time Everest, we made a start on the long journey towards Christchurch. After an hour or so on the main roads, we followed a long and dark dirt track to find the free Lindis Pass Historic Hotel campsite, where we stayed for our penultimate night in New Zealand. 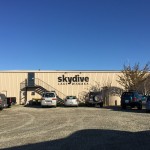 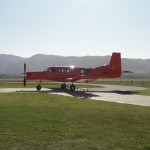 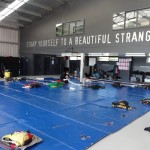 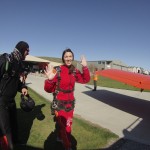 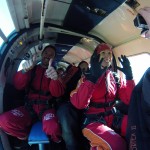 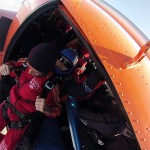 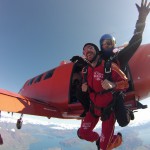 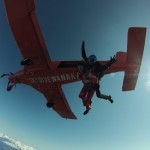 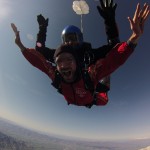 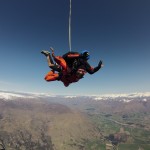 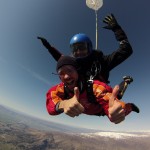 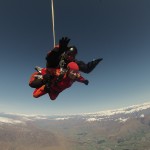 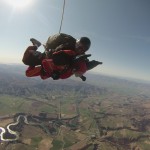 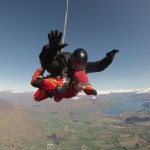 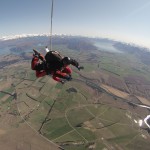 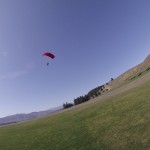 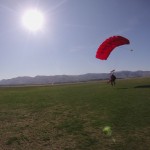 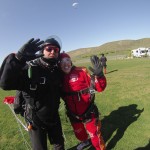 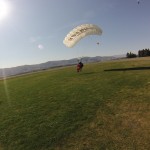