After all the driving from the previous day, we only had to drive a couple of kilometres to our next campsite (Q Box Motorhome Park), which was closer to the centre of Queenstown. We walked into town and spent some time looking around the shops before heading to the well known and very popular Fergburger for lunch. Despite this being a relatively quiet season, the queue extended down the street past neighbouring shops, but the burgers were worth the wait!

Following lunch we headed up the hill to the foot of the Queenstown Skyline, and took the gondola to the top of Bob’s Peak, This has great views over Queenstown and also a luge track, which was great fun. We also spent some time in the botanical gardens.

We had dinner at the Atlas Beer Cafe, a tiny pub well known for its good food (as well as its local craft beers). Then we stopped at Little Blackwood, for a cocktail and some live music. We also met Jo here, a friend of Kate’s who has been living and working in Queenstown for the last six months. She showed us a few more drinking establishments (World Bar and Surreal Bar), though we did have to do a 40 minute round trip back to the campervan to get our passports, which is apparently the only ID allowed in Queenstown (even if you are 35!) 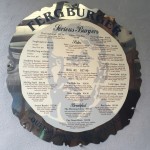 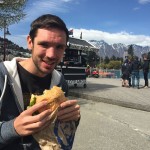 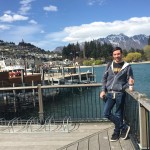 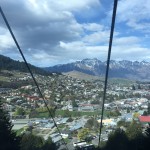 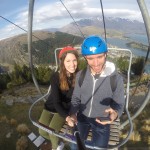 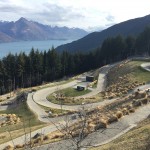 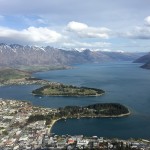 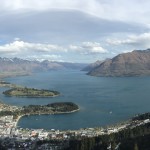 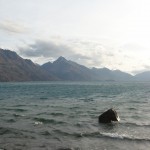 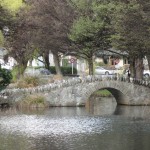