After a good night’s sleep the team were up for breakfast at 7am and by 8:30 we were back in Lechința.

Today’s focus was very much on laying as many blocks for the walls as possible. Both houses are single storey, roughly 8m by 4m, and have a fairly simple layout. There are 2 bedrooms at either end, with the kitchen area and front door in the middle. The kitchen has enough space for a small working top and a wood burning stove, which will be used for cooking as well as heating. This year we are adding a larder to both houses, which will use space from the corner of one of the bedrooms but be accessible from the kitchen. In addition, the first house is slightly larger than the second to accommodate a small bathroom with running water for a handheld shower and a toilet.

Once Richard and Si had put the corner blocks in place, the team split in half so that we could work on the two houses simultaneously. Martin and Sam took charge of mixing a huge amount of sand and cement (affectionately called muck), which the rest of us used to lay and point (fill the gaps in between) the blocks. I’ve been learning how to lay blocks this year, which is essentially an ongoing challenge of keeping blocks level and stable in every direction. This is made more complicated by the foundations sloping from one end of the house to the other! Once the first three courses (or layers) of blocks were in place, we started adding the windows and doors.

An al fresco (and very substantial) lunch was provided on the building site by a couple from the local church who had volunteered to provide food for the team. All of the food we have been given so far has been excellent, despite it not always being vegetarian-friendly! Other than lunch, our only official breaks are a morning and afternoon coffee break, which means we’re working for about 10 hours each day. Everyone is able to work at their own pace though and the team is full of enthusiasm for keeping the project moving.

The afternoon was more of the same – in total we will need to lay around 1000 blocks between the two houses. By the time we left the site at 7:30pm, we had completed 5-6 of the 9 courses of blocks, so we’re already over halfway to getting the walls in place!

Sharon and Ruth (who are both Grassroots staff) spent the day traveling between different villages to visit families of children who are already sponsored by British donors, and potential future recipients of support from Grassroots via sponsorship or house building. Over dinner they told us some of the individual stories. Typically these are single-parent families with many children and little or no income – often a mother will go without food so that she can feed her children. Many are living in run down houses or tiny council accommodation. The child sponsorship programme helps pay for health care, school uniform and equipment, and a birthday present which some children have never had. More information on the project as a whole can be found at www.grassroots.org.uk/projects/romania. 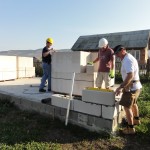 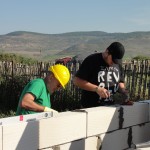 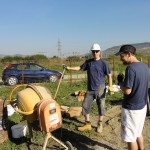 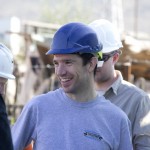 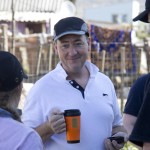 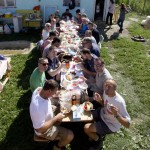 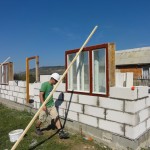 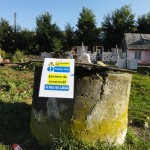 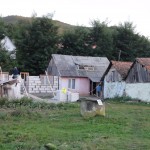 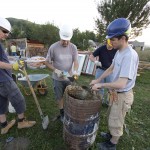 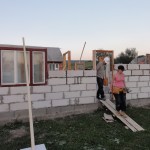 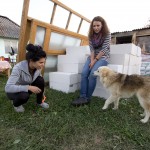 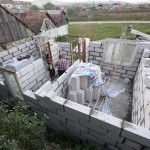 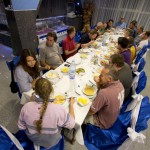