We started our day with a short walk in the national park, up to a waterfall known as the Devil’s Punchbowl. Then it was back on the road again heading west.

Our first stop on the west coast was at Punakaki, made famous by its ‘pancake rocks’. These are rock formations that have been deposited in very distinct layers which look like a stack of pancakes. There are also some blow holes and generally nice coastline.

In the afternoon we continued south to Hokitika, a small coastal town. We parked up at the STOP Campervan Park and then walked through the town and along the beach to Sunset Point just in time for sunset! After a lovely dinner at Fat Pipi’s Pizza (which had been recommended to us) we walked slightly out of town to a glow worm dell. We did manage to see a lot of glow worms, but didn’t stay too long due to the large congregation of people fumbling through the woods with their torches. 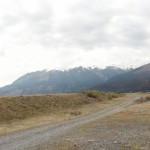 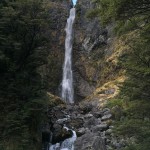 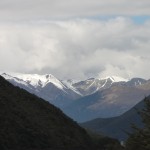 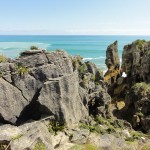 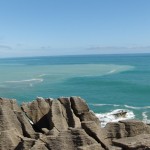 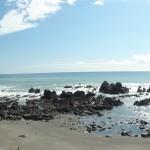 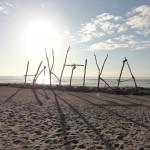 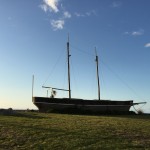 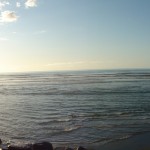 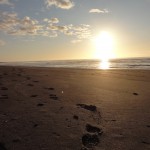