We were up early for our 8:30 checkin at Encounter Kaikoura, a company specialising in wildlife tours. As well as hopefully spotting some Dusky Dolphin we hoped to actually swim with them in the wild. Although an encounter can never be guaranteed our guides certainly seemed confident, and the group was kitted out with wetsuits, fins and snorkel in preparation. The introductory video explained how to encourage the dolphins to play – from making dolphin-like noises to diving down under the water.

After a short bus ride we boarded our boat and headed out into the South Pacific Ocean. Within five minutes we had spotted a pod of Hector Dolphin and spent some time watching them swim around the boat. Unfortunately we couldn’t swim with them though as they are less open to human interaction than the Dusky. Encounter Kaikoura certainly go to great lengths to locate the pods; well before our trip started there were spotters up in the surrounding mountains using binoculars to scan the vast ocean. News soon came through that, unusually, none had been seen so far. Whilst we searched one area by boat, a plane was sent up to search the wider area. In the meantime we saw plenty of other wildlife – mainly seal and albatross, and a fight between the two over some food! However, after over an hour of searching there was no sign of the Dusky Dolphin. An announcement was made that 80% of our ticket cost would be refunded, and we started heading back to shore.

It can’t have been more than a minute later when a large pod of Dusky Dolphin appeared from nowhere right next to the boat. Just another minute later we’d all donned our fins, masks and snorkels and were joining them in the water! There were dolphins everywhere, probably over 50 total, and we spent the next 20 minutes or so trying to keep them as interested in us as much as we were in them! After a while, when the majority had moved on, we were recalled to the boat to catch up with them and have a second swim. Overall it was an amazing and unique experience.

Having completed our main objective for the east coast we left Kaikoura for Arthur’s Pass – a scenic route across to the west coast. We camped overnight at the Klondyke Corner campsite within the Arthur’s Pass national park. 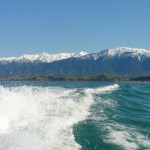 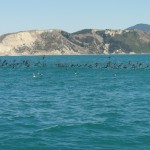 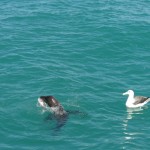 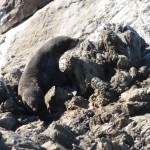 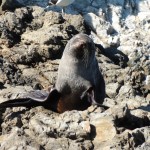 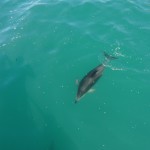 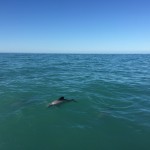 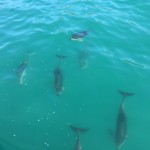 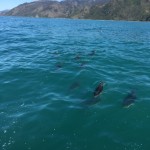 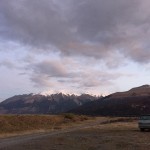