We had a relaxing start today, taking a short walk from the campsite to Lake Rotorura, and then looking through the many leaflets of things to do in the area.

We decided to spend the afternoon and evening at Te Puia – a combined Maori cultural and thermal centre. We started by walking through the vast grounds, which are still home to a Maori tribe. There are many thermal features here, including large boiling mud pools and the Pohutu geyser which is the largest in the Southern Hemisphere, erupting up to 30 metres twice an hour. It was also an opportunity to see our first kiwi bird – even if it was on the cctv feed from it’s nest! Even so, this will probably be our only encounter with one, as they are highly endangered and also nocturnal.

The evening began with an official tour around the centre. Te Puia is home to carving and weaving schools for Maori students from across New Zealand, so it was a good opportunity to see the ancient traditions in action. After that, we were formally welcomed by one of the tribe’s leaders, before watching a cultural performance of music and dance. Our buffet dinner had been cooked in traditional hangi style (in an earth oven), and was finished off with some hot chocolate sitting on the naturally heated rocks by the geyser.

We decided to stay at the same campsite tonight so had a second chance to enjoy the hot pools! 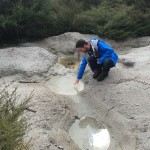 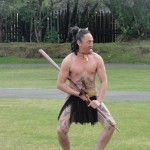 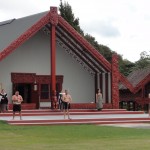 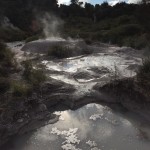 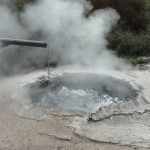 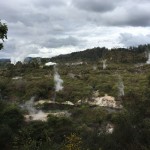 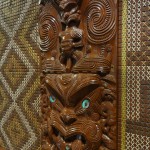 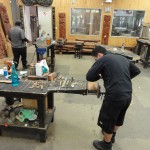 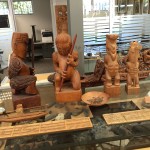 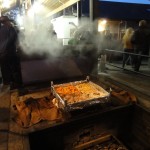 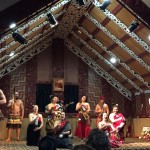 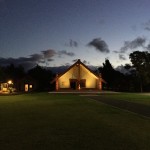 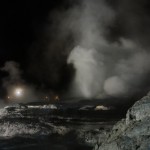